In this note we look at the number of IPO listings, listed companies and investment flows during the Covid-19 pandemic as compared to pre-pandemic times.

Perhaps unsurprisingly, these numbers are largely attributable to domestic companies, accounting for the vast majority of listings. At the end of each quarter of 2020 the number of listed domestic companies fell compared to the same quarter the previous year by -3.04%, -2.46%, -0.96% and -0.29% respectively, though it registered a modest increase of +0.23% at the end of Q1 2021 relative to Q1 2020.

Before the pandemic listed companies were on a slight down path, while the foreign companies listed in the Americas remained almost constant. 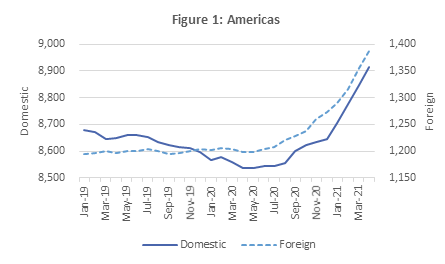 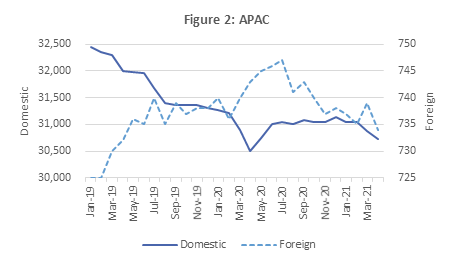 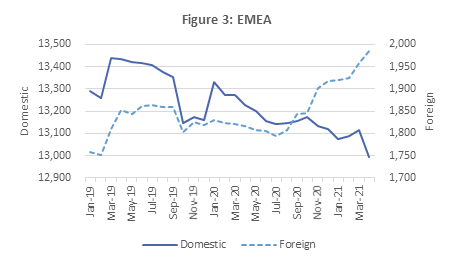 As Figures 4 and 5 show, the number of IPOs and investment flows through IPOs were higher during the pandemic as compared to pre-pandemic times. 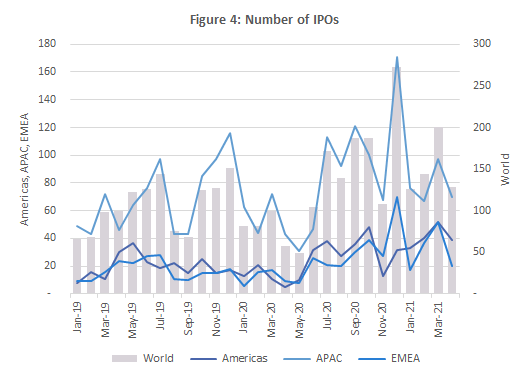 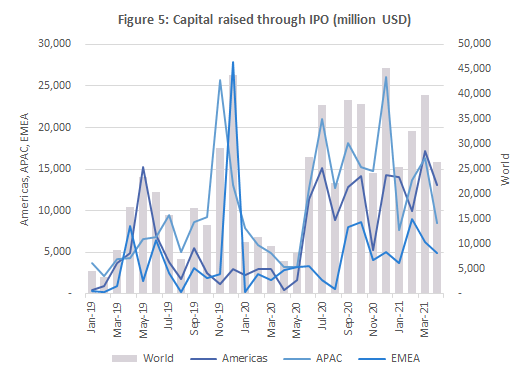