Luxembourg Stock Exchange’s (LuxSE) Zuzanna Reda-Jakima, Head of Communications and Events, writes about LuxSE's recent 90-year anniversary celebrations in which sustainability, gender equality, and the future of the industry, were the main topics for discussion.

The past 90 years have been an incredible journey of growth and innovation for the LuxSE.

Founded in 1928, the same year that Alexander Fleming discovered penicillin and Walter E. Diemer produced the first bubble gum, LuxSE has grown to become the world’s leader in debt securities listings. Political authorities wanted to create an official market for domestic securities, as these were previously listed abroad, and take advantage of Luxembourg's cultural and legislative situation to attract international issuers and investors.

The first official list comprised 213 securities; in 2018 this has grown to over 35,000 instruments, from 2,600 issuers representing more than 100 countries, and in 57 different currencies. LuxSE’s innovative tendencies created the world’s first exchange platform to offer sustainable financial instruments: the Luxembourg Green Exchange (LGX), which currently lists 50% of the world's green bonds.

One pillar of LuxSE’s success story is its strategic alignment with Luxembourg’s political agenda. A small player has the advantage of being nimble, however, its size might mean it's heard less. Nevertheless, when different stakeholders work towards a common goal, success becomes easier. LuxSE shares these values through its projects and strategic partnerships, and recently, these values have strengthened ties with the Shanghai Stock Exchange (SSE) in China. Annnouced earlier this month, this partnership has created a 'Green Bond Channel' to inform international investors about green bonds listed domestically in the country.

How will the financial world change in the coming decade?

At the event in May celebrating LuxSE’s 90-year anniversary, four experts shared their vision of key 'game-changers' facing the financial markets in the coming decade. This is what they said:

“Information now travels at the speed of light and manual tasks can be automated. Technology is reducing those costs for everyone, including the experts. Technology can increase the flow of information and reduce operational costs. But it will not eliminate intermediaries. The value of their advice actually increases as the world becomes more connected.”

“Inflation-adjusted insurance losses from extreme weather events have increased from an annual average of around US$10 billion in the 1980s to around US$50 billion over the past decade. We need a significant reorientation of our entire financial system: a transition to a financial system that focuses on the long-term, instead of short-term profit maximisation; that promotes sustainable social development rather than inequality and exclusion; and sustainable environmental development rather than ongoing environmental degradation. If we don’t want to drown, literally, we need to mobilise more capital.”

“Artificial intelligence (AI) is there to enhance our lives. It is critical that we see this in financial services. AI is in fact fundamental to the future competitiveness of financial institutions. Automation enhances and enables us to do different things and to do them better; AI will allow financial institutions to reduce cost focus, and funnel resources to adding value in servicing the customer.”

“The new generation of Chinese leaders are people born after the 1980s. They are prosperous, privileged, with high potential, highly educated and they will change the landscape of China in so many ways. They are very eager consumers rather than savers. They believe more in technology, connectivity and information flows than shutting things off. Luxembourg is particularly well suited to benefit from the rise of China. It’s the country’s openness, the lack of mental chapels and ideological burdens, that makes it easier for Luxembourg to understand a new kid on the block, a very different kid.” 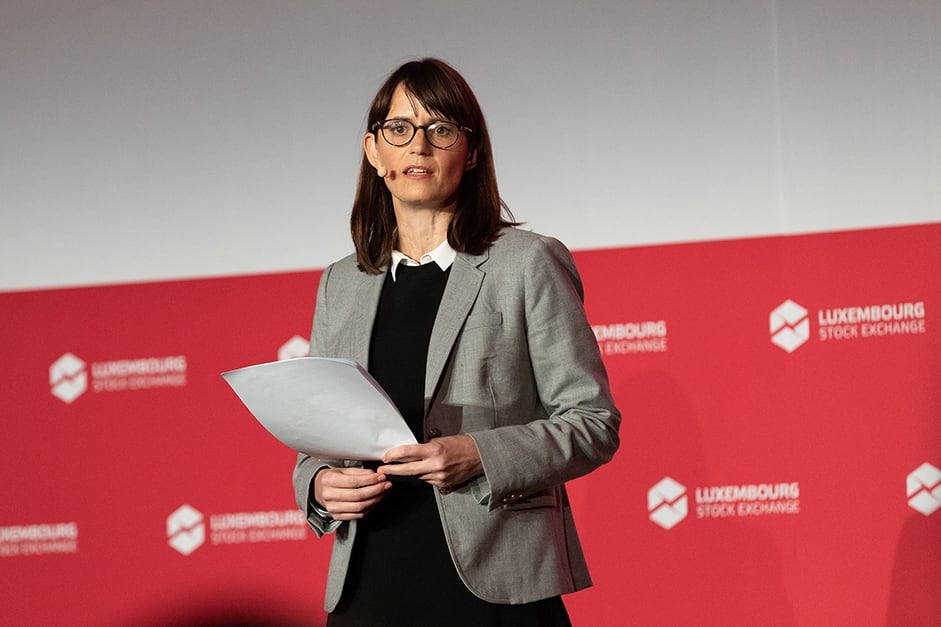 On top of the challenges presented by the four experts, meeting the United Nations' 17 Sustainability Development Goals (SDGs) by 2030 is another focus, in particular Goal #5: Gender Equality.

LuxSE is serious about supporting sustainable growth. In 1928, the country was discussing whether women should be allowed on the trading platform. Now in 2018, we signed the #NoWomanNoPanel Equilibrium pledge as gender equality remains an important topic, not just for the LuxSE's employees, but for the change in mind-set of leaders around the world.

Agility and innovation have been part of LuxSE’s DNA since its creation and the challenges that await will make the coming years exciting. We will confront them with a sustainability-focused approach.

Visit the photo gallery from the celebration of LuxSE's 90th anniversary here. 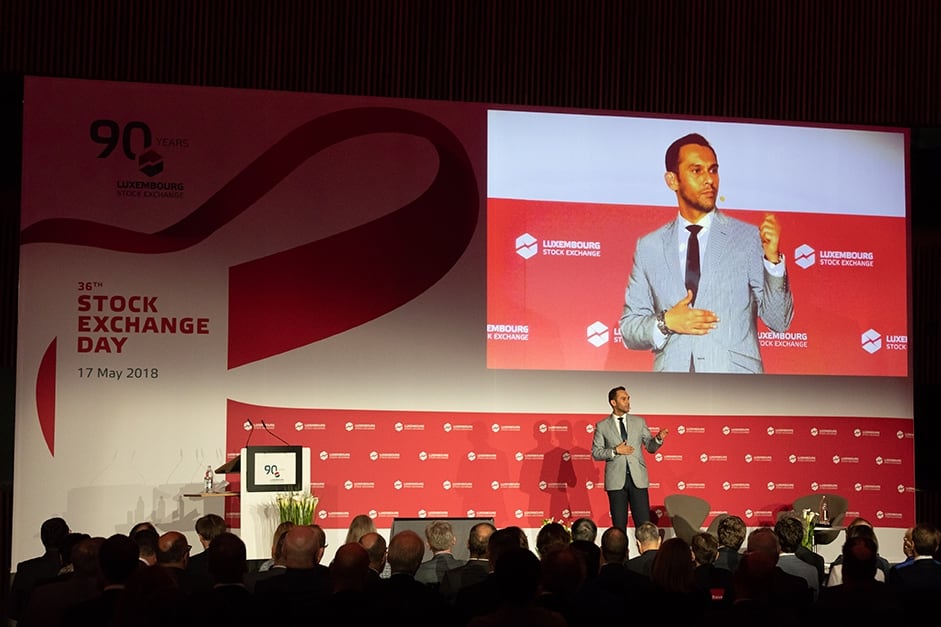