The WFE is pleased to announce that its members have been involved this month in events in the US, EMEA and Asia-Pacific for the annual 'Ring the Bell for Gender Equality' initiative.

For the sixth consecutive year, a global collaboration has seen 78 exchanges around the world ring opening or closing bells to celebrate International Women’s Day 2020 (Sunday 8 March 2020). The events - which started on Monday 2 March, and lasted for two weeks - are a partnership between IFC, Sustainable Stock Exchanges (SSE) Initiative, UN Global Compact, UN Women, the World Federation of Exchanges and Women in ETFs, to raise awareness about the business case for women’s economic empowerment, and the opportunities for the private sector to advance gender equality and sustainable development.

This year, the UN Women’s theme for International Women’s Day is ‘I am Generation Equality: Realising Women’s Rights’. The theme marks the milestones that have been achieved such as the 25th anniversary of the Beijing Declaration and Platform for Action, adopted in 1995, to advance the empowerment of women and girls worldwide. In addition, 2020 also marks a five-year milestone towards achieving the Sustainable Development Goals; the 20th anniversary of UN Security Council resolution 1325 on women, peace and security; and the 10th anniversary of UN Women’s establishment.

Please find below some summaries of events organised by WFE members to mark International Women's Day 2020.

BME - BME rang their opening bell on 4 March 2020 to mark International Women's Day. The Bell Ringing was performed by the Deputy Governor of Banco de España, Margarita Delgado, along with the Head of BME’s Equity Unit, Beatriz Alonso, and the Executive Director of the Global Compact’s Spanish Network, Cristina Sánchez. The Chairman of BME, Antonio Zoido was also in attendance at the event, which was attended by close to 200 people. Following the bell-ringing ceremony, Beatriz Alonso, Cristina Sánchez and Margarita Delgado addressed a few words to the public, highlighting how gender equality is beneficial to society, companies and the economy.

Bourse de Tunis - The Tunis Stock Exchange held a bell ringing ceremony, which was attended by students from the 'Tunis Higher School of Business'. The Exchange reaffirmed its commitment to the United Nations Sustainable Development Goals.

Cboe Global Markets - On Friday, March 6, Cboe offices around the world celebrated International Women’s Day during a fireside chat with members of Cboe’s boards of directors: Rebecca Fuller, Janet Froetscher and Jill Sommers. The celebration began when U.S.-based associates rang the opening bell before gathering to hear from the board members and enjoy breakfast in the U.S. offices and ice cream sundaes in Europe. Each spoke about their career paths before sharing their perspectives on a variety of issues facing women and society as a whole. The common theme? Support one another. Read a blog about the event here.

Johannesburg Stock Exchange (JSE) - To mark International Women's Day 2020 and as part of its celebrations for 'Ring the Bell for Gender Equality', the JSE reiterated its commitment to closing the gaps the stated in a report released by the World Economic Forum entitled Global Gender Gap Report 2020. The gaps revealed in this report are: he largest gender disparity is the Political Empowerment gap, with the second largest being the Economic Participation and Opportunity gap, of which approximately 57.8% has been closed. The report clearly states that closing these gaps is imperative to delivering on the promise of bringing the Fourth Industrial Revolution to all parts of society, growing economies for greater shared prosperity and achieving the UN Sustainable Development Goals. Additionally, JSE used this opportunity to note that it had introduced a listing regulation which requires all listed companies to have a policy for promoting gender diversity at board level, and to disclose their performance against it. To date, all JSE-listed companies have a gender equality policy in place.

Hochiminh Stock Exchange - As part of its International Women's Day celebrations, HOSE reaffirmed its commitment to gender equality by highlighting the current HOSE staff structure. At HOSE, half of board directors, 60% of executives and 71% of managers are female. Over the years, HOSE has been benefited from its inclusive leadership team, such as having different points of view and approaches that come from different life experiences, enhancing collaboration in workplaces and having better problem-solving. With the recent launch of the Vietnam’s first Corporate Governance Code, HOSE is also actively working with all the listed companies to promote greater gender equality to implement the Code’s provisions on board diversity and equal opportunities for all. By having gender equality in all employment opportunities, those companies can attract and retain talent. In return, their employees will improve productivity and business efficiency. Similarly, gender equality policies will help improve image and brand as an important invisible asset of the businesses. A community of businesses with good corporate governance will create the core of a robust financial market and strong economic growth.

Kazakhstan Stock Exchange (KASE) -This year, KASE organised a conference entitled 'Sustainable Development of the Organisation: Gender Equality' to coincide with its bell ringing ceremony. The conference brought together more than 50 guests and participants. The event was attended by heads and representatives of local government authorities, banks, national and private companies and professional financial organisations. The conference became an expert platform for dialogue on gender equality in a modern business environment. During the conference, speakers raised a number of issues related to legislative and economic incentives for gender equality, as well as various programmes to expand the role and opportunities of female entrepreneurs in Kazakhstan.

Luxembourg Stock Exchange - The Luxembourg Stock Exchange (LuxSE) held a bell ringing event on Monday 9 March to which distinguished guests from the financial sector in Luxembourg were invited. LuxSE used this event to highlight the role that stock exchanges can and must play a role in advancing the United Nations Sustainable Development Goal 5 on gender equality and women's empowerment.

The Nigerian Stock Exchange - The bell ringing event hosted by the Nigerian Stock Exchange brought together male and female thought leaders from a wide array of industries to celebrate the accomplishments of women and champion the discourse on how to forge a gender equal world. The strategic importance of a gender equal world to business growth and sustainable development was further emphasised by the keynote speaker, Mrs Awenuba Ajumogobia, Chairman, Board of Directors, CAP Plc. She highlighted the opportunities in the political and business arena for women to demonstrate competence, capacity and leadership. For instance, the fact that women make up just over half of the world’s population – at 52% – representing half of most business’ potential clients, half the potential work force, and the potential for significant contributions to economic development. 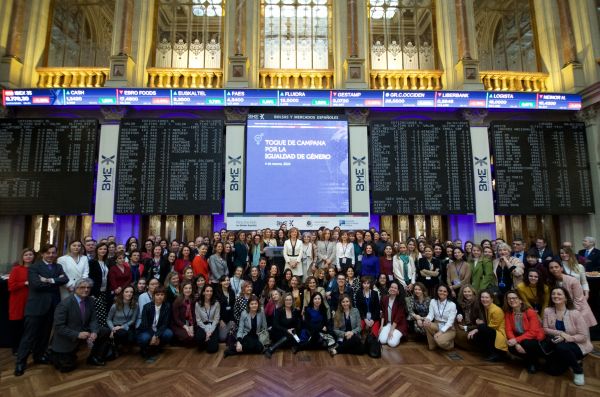 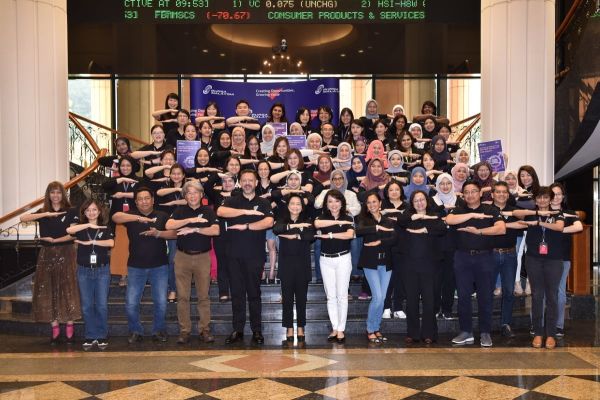 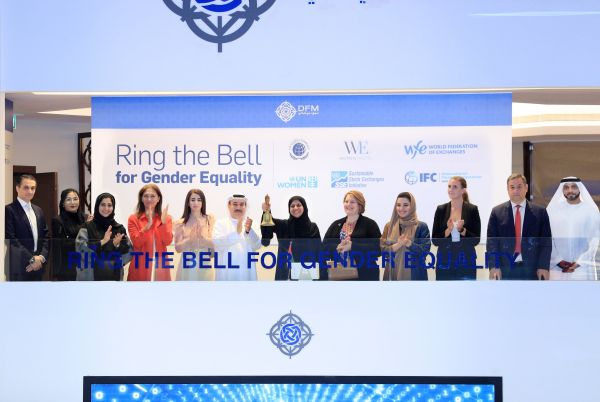 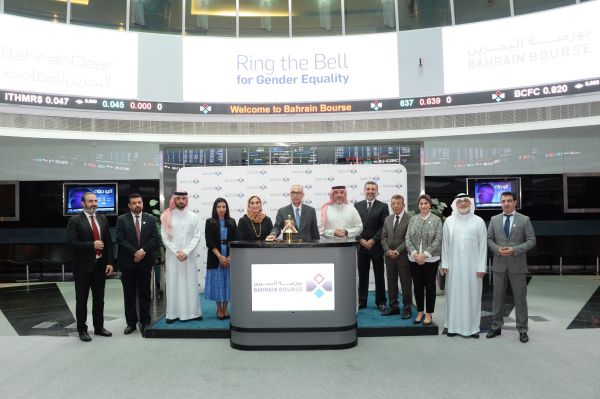 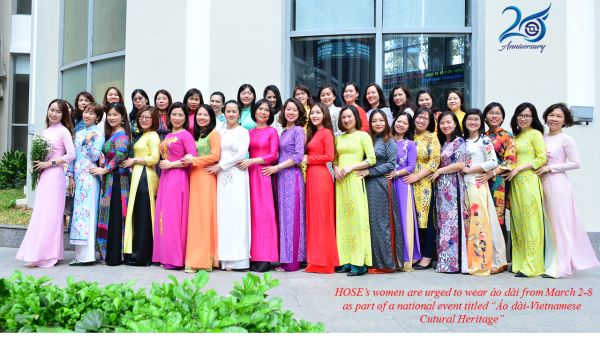 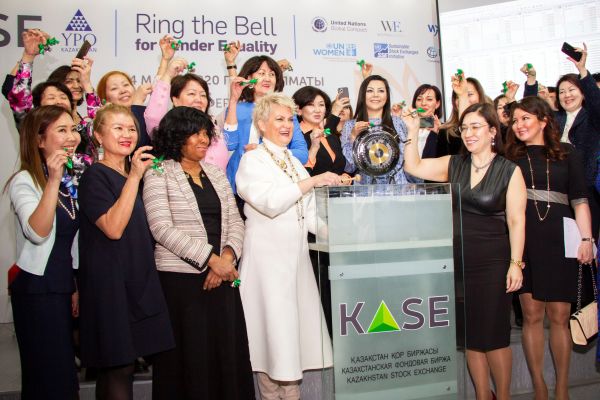 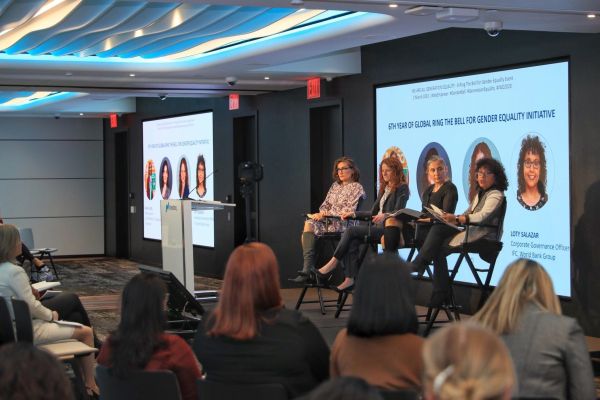 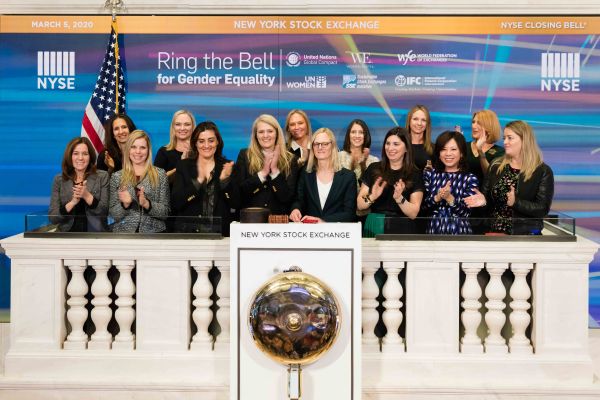 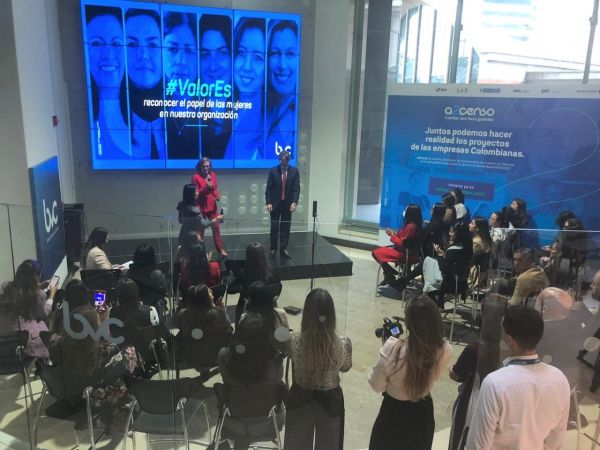 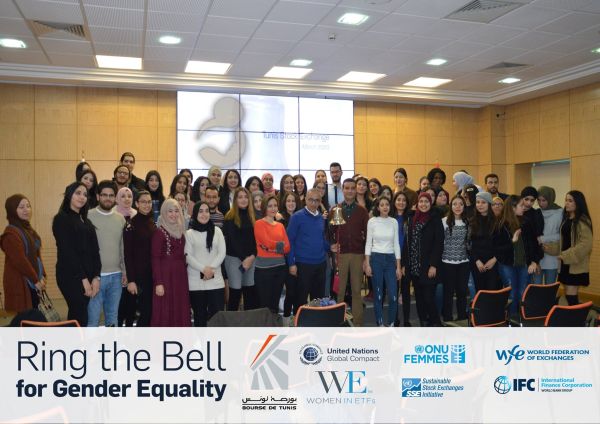 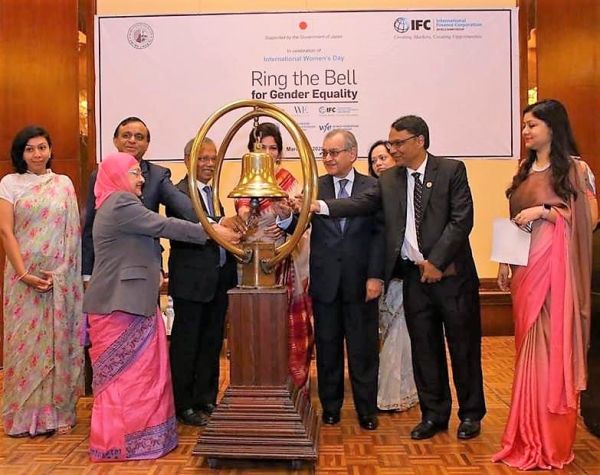 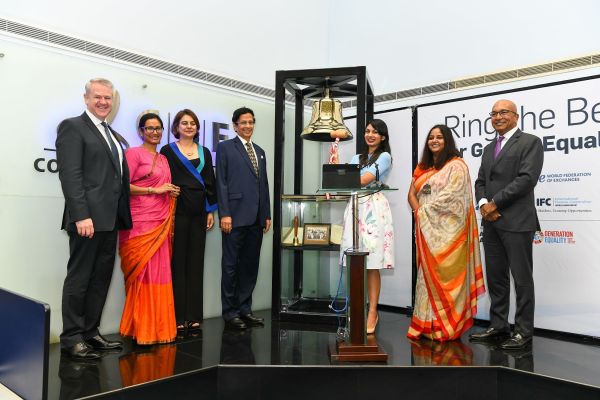 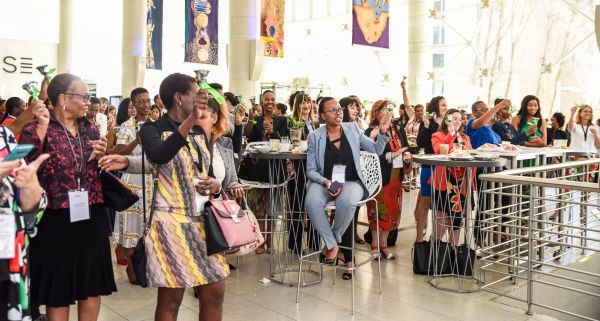 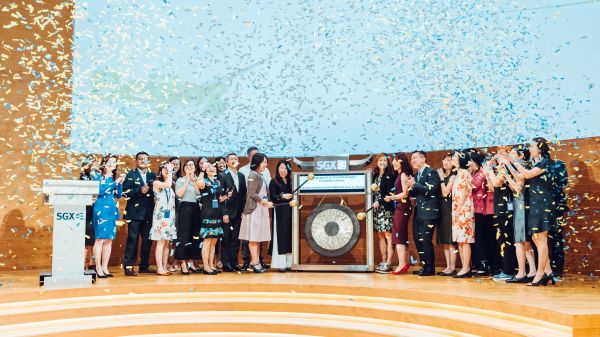 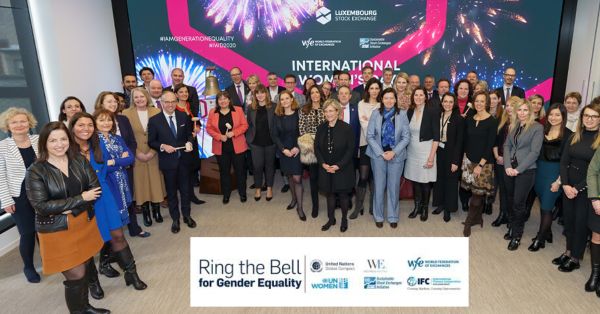 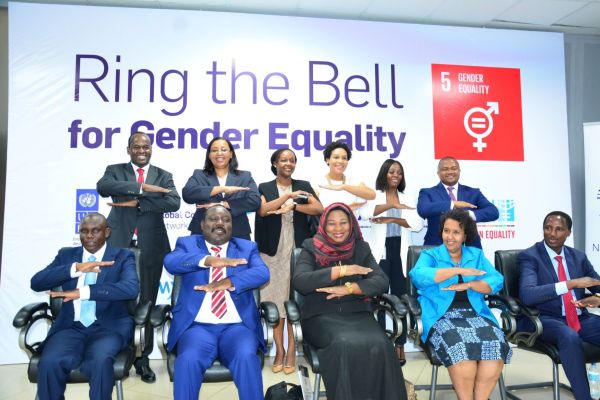 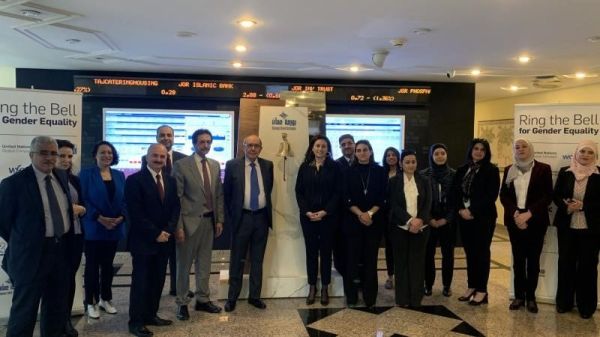 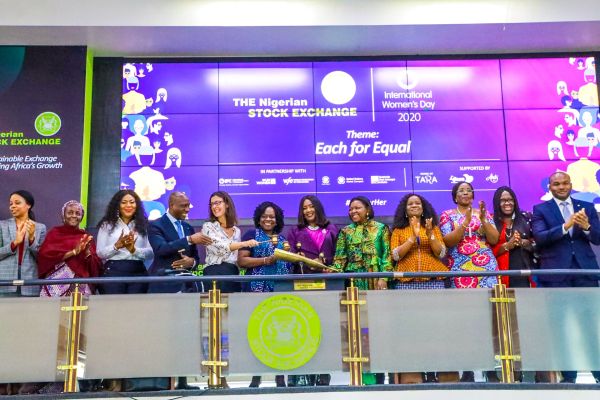 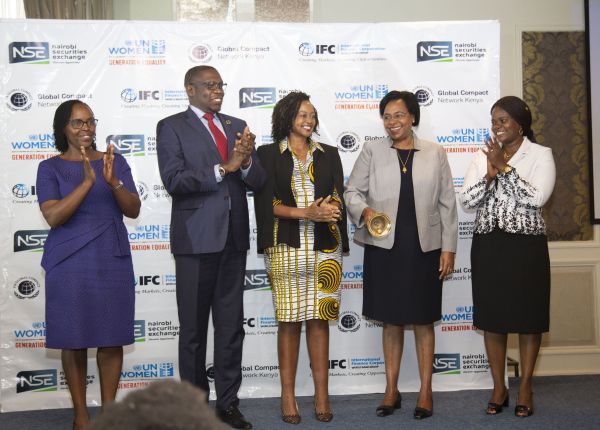 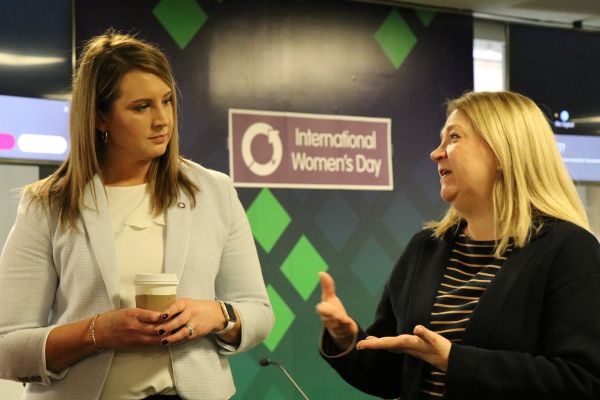 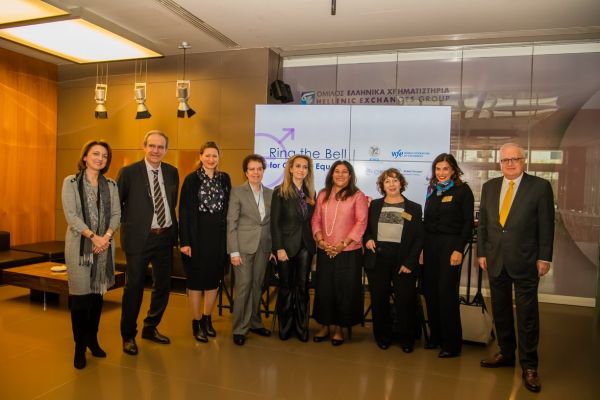 If you held an event and would like us to feature you, then please email a short summary and a high resolution image to [email protected].